Basic information on the spec:

Survival Hunter has a unique playstyle, compared to any other melee spec. Their main weapons are polearms and staffs. Your main resource is Focus, which is similar to Energy.

Let’s have a look at the pros and cons of this specialization:

General information. On reaching several levels, you will open new Talent tiers. In each tier, you can choose one Talent at a time. Talents can affect your abilities in different ways: add new ones, replace old ones, passively modify various effects and spells. You can change Talents while you’re in Sanctums or in rest areas, but if there are no such places nearby, you can use Tome of the Still Mind, which allows you to change Talents within a minute. Note that Talents can’t be changed in combat. Also, if a Talent selected in a certain tier is on CD, you’ll have to wait for it to recharge in order to change it.

* Here we have two options:

Viper’s Venom is a great choice against single targets.

Alpha Predator is used in M+ and AoE fights.

* Here we take Guerrilla Tactics, it’s a versatile Talent. It allows you to minimize the downtime of Wildfire Bomb. Without this talent, we’d have to use it on recharge, while with it, we don’t have to force it while there’s at least 1 charge is on CD, same as Alpha Predator.

* This tier is responsible for your survivability, so choose depending on your needs. In raids we mostly use Natural Mending, while in M+ dungeons, Camouflage allows you to skip some packs, which is very useful.

* Pick Bloodseeker, this Talent will be good enough in any situation.

* Choose whatever Talent you like, as this tier gives you several unique abilities that don’t affect your DPS in any way.

* For single-target fights, always take Mongoose Bite – the other Talents require a huge buff. For M+ and AoE, you can use Tip of the Spear when there’s no way to stack Mongoose Fury.

* Your standard choice in this tier is Birds of Prey. Wildfire Infusion can be used in Mythic Keystones or sometimes in raids, but overall this Talent is fairly weak against single targets.

The best choice in terms of DPS (against any number of targets) is the Night Fae. The Kyrian work too, especially considering your poor sustain. Phial of Serenity is way more useful than Soulshape for this spec.

While the Wild Spirits are active, each damaging ability you or your pet use against a target in the area will strike up to 5 nearby targets for Nature damage.

Soulbinding is a system of progression in which players who join a Covenant are able to bind themselves to one of its members, sharing some of their power through an artifact-like talent tree. Conduits add further customization to those Soulbind trees, allowing players to fill empty sockets in the trees with bonuses of their choice. However, these Potency Conduits are absolutely imbalanced in terms of DPS, HPS and survivability, so their effectiveness may vary greatly. Let’s have a look at interesting Soulbind features of all Covenants.

THE BEST SOULBINDS FOR PVE:

This Soulbind is good for survivability and maybe PvP, while for DD’s he’s not quite useful.

Has no significant abilities for DD’s.

Has no significant abilities for DD’s.

There are 3 types of Conduits:

Endurance and Finesse are class Conduits, 1 per each Covenant, and 4 Potency Conduits per each spec.

Empowered Release – Flayed Shot has an additional 5% chance to proc Flayer’s Mark and it increases the damage of your next Kill Shot.

If you have different Legendaries that are not listed above, and you want to find out which one will suit you better, we recommend using Simcraft.

Generally speaking, races hardly affect your DPS, as each race grants a DPS bonus, so if you do not strive to become one of the world’s best players, just choose the race you like more.
However, in terms of DPS (only), while there are still very few stats, the best races are: 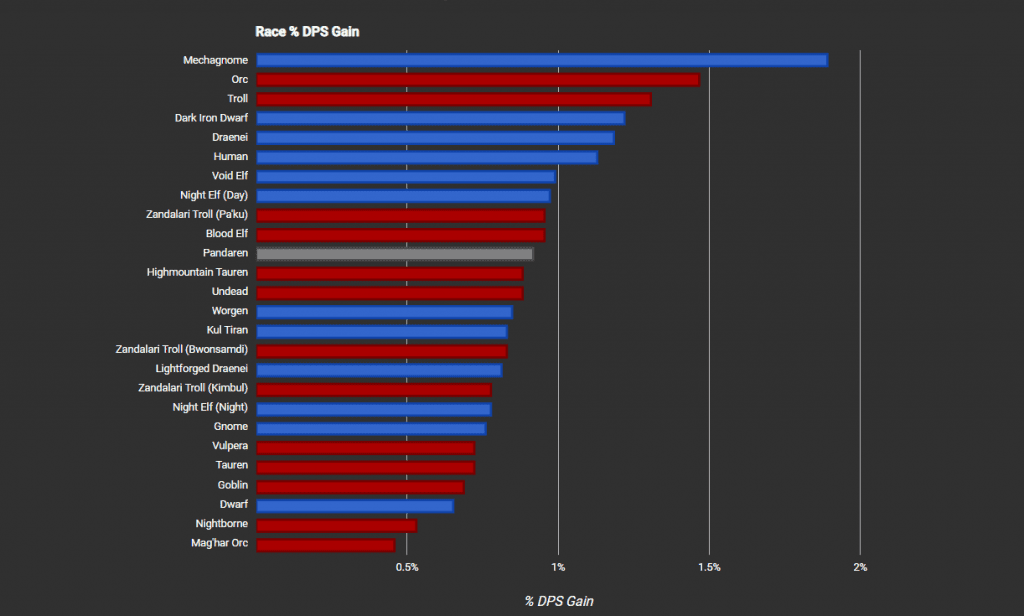 The rotation below assumes that you have Birds of Prey. In this case, follow the priority:

In multi-target fights, your priority is a bit different.

As for the rest, stick to the single target priority. Remember that a pack is considered dead when the last mob dies.

Wildfire Infusion deserves special attention. You should keep in mind the following things:

Each Bomb provides a separate DoT effect, so they can overlap.

This is the whole system of priorities. There is no specific mandatory opener, but based on the information above, it’s gonna look something like this:

Your basic stats priority is the following:

Haste is generally important for Survival Hunters, it increases your and your pet’s attack speed and Focus regeneration, and reduces the cooldown on many of your abilities, including  Carve. Besides, it improves the uptime of Coordinated Assault due to a more frequent use of Mongoose Bite.

To maximize your stats, use raidbots.com (-> Stat Weights) and import this information into the game with Pawn (addon) for further convenience.

Based on the above-mentioned characteristics and your own simulation results, let’s move on to Gems, Enchants and Consumables.

Instant activation ofAspect of the Turtle and Feign Death (interrupts your current cast, can be extremely useful):

/stopcasting
/cast !Aspect of the Turtle

The exclamation mark is necessary so that subsequent clicks don’t cancel the effect immediately when this key is spammed.

Disabling Aspect of the Turtle, as you don’t always want to keep it active, since you can’t attack over the duration:

/cancelaura Aspect of the Turtle

Misdirection at the cursor position

Trap macros. You can use these macros to instantly place a trap under your character or at the cursor position, e.g.:

Such macros can also be used for all ground abilities, such as Flare or Binding Shot.

Chatter allows you to customize chat.

WeakAuras is probably the most important addon in modern WoW. With its help, you can set up almost anything, and on wago.io you can find hundreds of useful auras and import them to your game in a few clicks. You can also find a full pack of auras for any spec, check out this link!

BigWigs/Deadly Boss Mods – addons with timers and announcements for bosses in raids and M+, choose either of these. It’s also super useful in PvE. For BigWigs, the instance module, LittleWigs, must be installed separately.

ElvUI is an all-in-one global build for fans of a neat and concise interface. Replaces several addons at once. On wago.io you can also find a large number of different customized profiles for ElvUI.

Details! Damage Meter is the most up-to-date and advanced damage meter at the moment.

Plater Nameplates– an addon from the author of Details that changes enemy nameplates. Fully customizable design and a huge number of available features, as well as the ability to import profiles and mods from wago.io – what else do you need?

Pawn – helps you find upgrades for your gear, Requires SimCraft.

SimulationCraft – a tool to explore combat mechanics and optimize your character.

Exorsus Raid Tools is an addon for raids that includes a lot of useful features.

Move Anything – allows you to move and resize any part of your interface.

World Quest List – groups your world quests to the left of the map and filters them by zones.

Legion ToDo –  saves information about your characters and displays it in a customizable list.

The first command – /CancelQueuedSpell – cancels the queued spell, so if this macro is the last one you click, you definitely won’t get up immediately.