Mage’s “Fire” specialization mainly focuses on critical strikes and their consistent use. It can deal AoE damage without the DPS loss to the main target, especially during its burst. It also has the ability to deal damage while moving or to walk in short bursts. After reading each section of this guide you will learn how to unlock the full DPS potential of a Fire Mage, which stats to pick, which talents to use in dungeons and during raids.Pros:

Basic information on the spec

“Fire” Mage has no special resources except mana. Mana is used for all spells, but it’s extremely difficult to run out of it.

Firestarter — can be used for encounters with a crucial first phase where the first 10% of enemy’s health would be dropping slowly.

Pyromaniac is not used.

* Shimmer — the most universal talent.

Blast Wave is not used.

* By default — Rune of Power.
Incanter’s Flow if you can’t stay in the Rune of Power at all times. Choice for open world.
Focus Magic is not used.

* Flame On is the default choice for most encounters.
Alexstrasza’s Fury for encounters with constant AoE.
From the Ashes is not used.

* Frenetic Speed is the default choice since it greatly improves mobility.
Ring of Frost and Ice Ward are situational. Don’t forget them as they sometimes might come in handy.

* Kindling is useful in every encounter.

Pyroclasm is not used.

Meteor only if you don’t need reduced “Combustion” cooldown from “Kindling”.

Here are your common builds:

Shifting Power — deals damage to enemies in a 18 yds area around you for 4 sec. While channeling, reduces your cooldowns by 10 sec. CD 1 min.

Radiant Spark — deals DoT for 10 sec. Each subsequent cast deals 10% more damage than the previous one (up to 40%). CD 30 sec.
Summon Steward — gives 3 Phial of Serenity that restore 20% HP and remove all Curse, Disease, Poison, and Bleed effects. CD 5 min.

Mirrors of Torment — conjures 3 mirrors on the enemy. Each mirror deals damage, reduces movement and cast speed by 15%, and replenishes 4% mana each time the enemy attacks or casts a spell. This effect cannot be triggered more often than once per 6 sec. CD 1.5 min
Door of Shadows — after a 1.5 sec cast, teleports you to a chosen position. CD 1 min.

Deathborne — increases spell damage by 10% and your “Arcane Blast” can now hit up to 2 enemies near the target for 20 sec. CD 3 min.
Fleshcraft — while channeling for 4 sec, creates a shield equal to 20% of your max HP. Casting near a corpse strengthens the shield by 50%.

Pointed Courage — increases crit chance by 1% for every ally or enemy within 10 yds, up to 5%.

Thrill Seeker — while in combat, increases Haste by 2% every 2 seconds, up to 20%. Killing an enemy grants you 4 stacks. These stacks decay rapidly out of combat.
Dauntless Duelist — marks the first enemy damaged by you in combat. You deal 4% more damage to them and they deal 2% less damage to you.
Exacting Preparation — the benefits from food and enchants are increased by 20%.

Soothing Shade — abilities have a chance to create a zone that increases your Mastery by 525.
Wasteland Propriety — Mirrors of Torment now grants 6% Versatility to you and 3% Versatility to your allies.
Refined Palate — combat potions last for 100-200% longer.

Grove Invigoration — healing or dealing damage has a chance to grant you a stack of Redirected Anima. Each stack increases your max HP by 1% and Mastery by 31. “Shifting Power” grants you 8 stacks.

Niya’s Tools: Burrs — your attacks have a chance to toss spikes under your target, that deal damage and decrease their movement speed by 20%.

Field of Blossoms — activating “Shifting Power” creates a field of flowers at your feet for 15 sec that increase your Haste by 12% while standing in it. CD 1 min.

Social Butterfly — when at least 2 allies are nearby, your Versatility increases by 3% for 5 sec. When this expires, 2 nearby allies gain 33% of this effect for 5 sec before passing it back to you.

Wild Hunt Tactics — your damage to targets above 75% health is increased by 10%. Triggering this effect grants you 10% increased movement speed for 5 sec.

First Strike — damaging an enemy before they damage you increases your crit chance by 25% for 5 sec.

Plaguey’s Preemptive Strike — your first attack on the enemy increases your damage done to them by 10% for 10 sec. Limit 1 target.

Embody the Construct — activating “Deathborne” boosts your Intellect by 5% and up to 4 nearby allies’ primary stat for 30 sec. You gain 2% additional Intellect for each affected ally.

Gnashing Chompers — killing an enemy increases your Haste by 1% up to 5% for 20 sec.

Where there are several options, your choice should be dependent on your character and it’s best to simulate them yourself.

Infernal Cascade — while “Combustion” is active, your “Fire Blast” increases your fire damage for 5 sec, stacking up to 2 times.

Flame Accretion — if “Fireball” fails to score a critical, it grants a bonus to Mastery.

Master Flame — increases the damage and radius of “Flamestrike”.

Ire of the Ascended — Radiant Spark increases your spell damage by an additional 2%.

Siphoned Malice — Each time a “Mirrors of Torment” is consumed your spell damage is increased by 2.0% for 10 sec, stacking 3 times.

Discipline of the Grove — increases cooldown bonuses from “Shifting Power”.

Gift of the Lich — “Deathborne” duration is increased by 6 sec.

Cryo-Freeze — you heal while “Ice Block” is active.

Diverted Energy — when “Prismatic Barrier” fades, you heal for a percentage of the absorbed damage.

Tempest Barrier — grants a shield after casting “Blink” for 15 sec.

A total of 16 legendaries are available to the Fire Mage.Best Legendary effects:

Firestorm — activating “Hot Streak” has a small chance to make all “Pyroblast” and “Flamestrike” instant cast for 4 sec.

Best effect for M+ and AoE

Fevered Incantation — each consecutive crit increases critical strike damage by 3% up to 15%.

An OK effect for M+ and AoE.

Molten Skyfall — damaging an enemy with 25 “Fireball” or “Pyroblast” causes your next “Fireball” to call down a Meteor on your target. Hitting an enemy player counts as double.

An OK effect for ST encounters.

Temporal Warp — you can use “Time Warp” while under “Temporal Displacement” or any other similar effects.

An OK effect for M+ and AoE/Cleave encounters.

Disciplinary Command — casting 3 spells of different schools (arcane, fire, frost) within 10 sec of each other increases your crit damage by 15% for 10 sec. CD 30 sec.

Mage’s DPS rotation is divided into burst while “Combustion” is active and maintaining DPS when it’s on cooldown:Priorities without “Combustion”:

“Phoenix Flames” is not used if “From the Ashes” was picked.

“Combustion” is not used if “Firestarter” is picked and active.

Venthyr, Kyrian, and Necrolord covenant abilities are used before “Combustion”.

While “Combustion” is active, replace your “Pyroblast” with “Flamestrike” when there’s more than 3 targets and if you picked “Flame Patch”.

Try using “Phoenix Flames” while “Ignite” is at its highest value.

Use “Living Bomb”, if picked, prior to activating “Combustion”

If you chose “Night Fae” as your covenant, cast “Shifting Power” during “Combustion” when there’s more than 3 targets and your “Fire Blast” is on cooldown.

For optimal play as the “Fire” Mage it’s highly recommended to activate the following command: console SpellQueueWindow X , where X is 150-200 higher than your ping. It’s especially useful when playing with Infernal Cascade conduit. 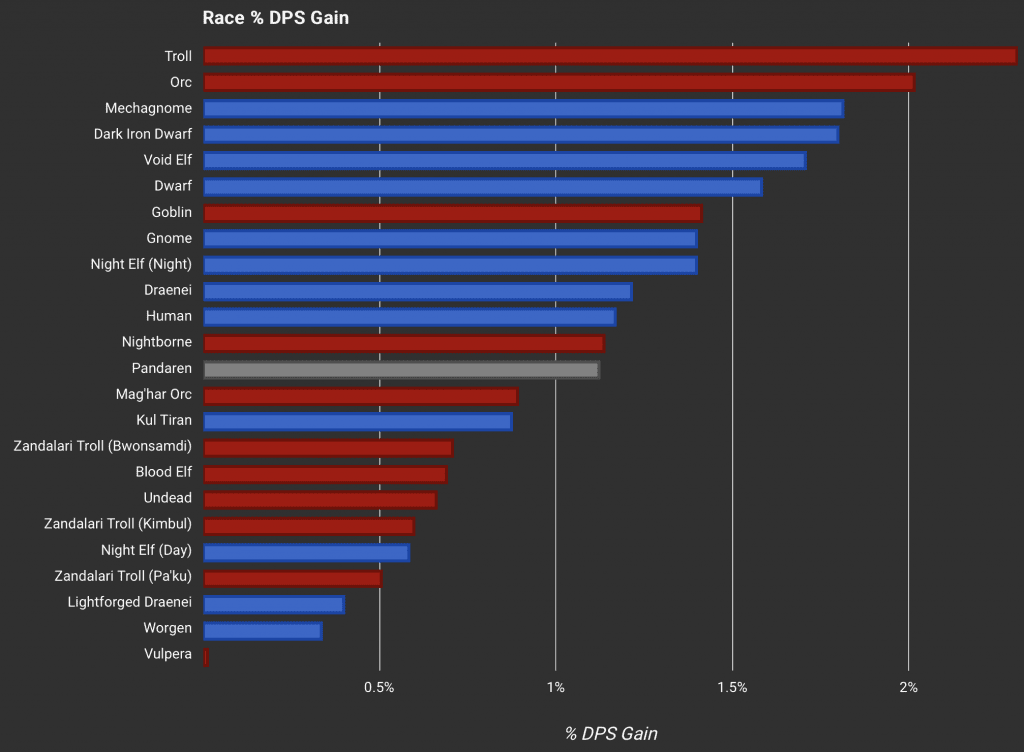 Mastery of this speciality

Ignite — your “Fireball”, “Pyroblast”, “Fire Blast”, “Scorch”, “Phoenix Flames”, and “Flamestrike” deal additional DoT for 9 sec equal to a precentage of your Mastery. Reapplying the effect transfers remaining damage to the new Ignite. “Phoenix Flames” applies “Ignite” to 8 nearby enemies.

After upgrading your gear, it’s highly recommended to use Simcraft or Raidbots.com. There is nothing more accurate than simulations to tell you which of the stats you should look at first.

Based on the priorities above and simulations of your character you can choose gems, enchants, and consumables.

The list containing the best equipment will be available later. 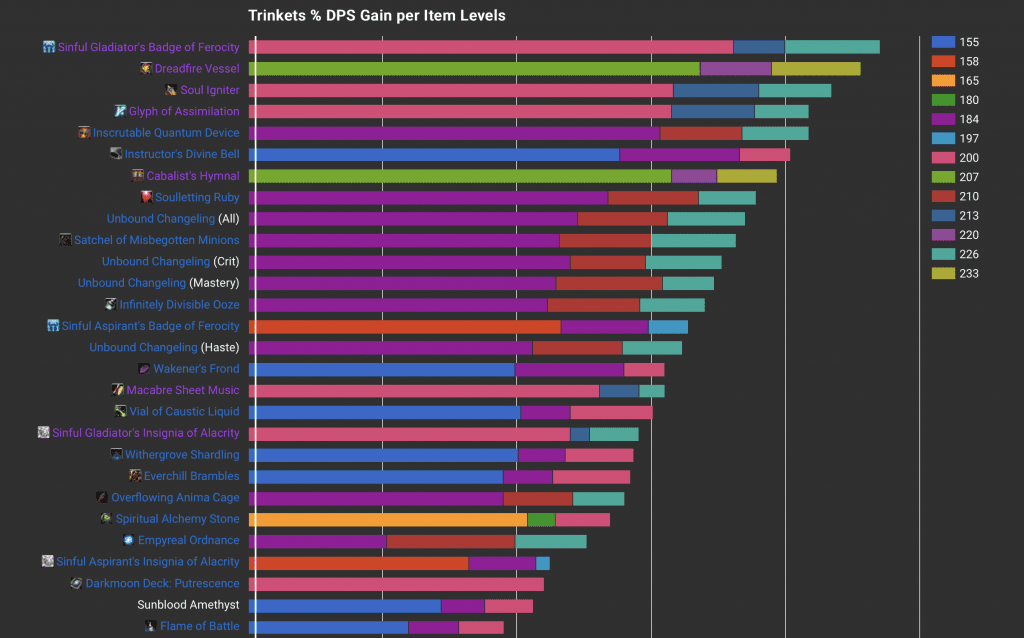 Casts “Scorch” on your focused target. Useful macro if you’ve picked “Searing Touch” talent and the enemy has less than 30% HP. It also allows you to deal base damage to another target:#showtooltip Scorch

“Flamestrike” at the cursor position:

“Meteor” at the cursor position:

Casts Ice Block at any time and allows its cancellation without GCD.

For those who don’t want to accidentally cancel it, use two macros instead:

Comfortable play in any PvE content requires the use of the following addons:
BigWigs (+Little Wigs for dungeons) or DBM — ability timers for mobs and bosses.
WeakAuras — the most important and flexible addon for any PvE player, that includes additional timers for enemies and the ability to track class mechanics (https://wago.io/shadowlands-weakauras/classes/mage/fire).
Addons that change/improve the UI, since most players are tired of the clunky default UI. Examples: ElvUI / Bartender / Shadow Unit Frame
Details — DPS/HPS meter, detailed logs for deaths/buffs/debuffs.SimulationCraft — addon for simulating your character on raidbots, so you always know exactly what’s best for your build.

Never cast “Mirror Image” for additional DPS, since it’s a powerful defensive ability.In M+ try not to use “Dragon’s Breath” for DPS, its primary use is control, especially for spells that don’t get interrupted.

In M+ try coordinating with your tank to maximize your strongest CDs and bursts.

In M+ you can use “Polymorph” to draw aggro on yourself and allow allies to pass through certain areas, then drop it with “Greater Invisibility”.

In M+ you can aggro a pack of enemies, lure them away and, depending on the situation, either cast “Frost Nova” or “Ring of Frost” for control, or just move to a safer distance allowing allies to pass, then use “Invisibility” to drop aggro. You can also survive in “Ice Block”, then get killed and respawn.

“Ice Block” drops aggro only while active, so if you’re using it for this purpose, don’t cancel right away, allowing your tank to draw aggro on themselves.

You don’t have to wait, most services can be done today!